This report relates to the SIU’s investigation into the discharge of a firearm by the police at a 19-year-old man (the “Complainant”).

On July 5, 2022, at approximately 1:00 a.m., members of the OPP were requested to attend a residence located on James Street in Omemee for a reported break and enter. When police responded to the residence, they observed an occupant with apparent stab wounds. Three men were seen running from the residence. There had been a previous stabbing at the residence the Saturday before. As a result, the OPP requested its Level One containment team to respond to the area. A search of the area located one of the involved men, the Complainant, in the rear yard of a residence on Victoria Street. The Complainant did not comply with police commands. As a result, an ARWEN (Anti-riot Weapon ENfield) was deployed. The Complainant was taken into custody without injury and transported to the OPP Kawartha Lakes Detachment.

The Complainant was interviewed on July 5, 2022.


[Note : An affected person (complainant) is an individual who was involved in some form of interaction with an official or officials, during the course of which the individual sustained serious injury, died, was reported to have been sexually assaulted, or was shot at by a firearm discharged by an official.]


SO Interviewed; notes received and reviewed

The subject official was interviewed on July 27, 2022.


[Note : A subject official is an official (whether a police officer, a special constable of the Niagara Parks Commission or a peace officer with the Legislative Protective Service) whose conduct appears, in the opinion of the SIU Director, to have been a cause of the incident under investigation.

The witness officials were interviewed on July 14, 2022.


[Note : A witness official is an official (whether a police officer, a special constable of the Niagara Parks Commission or a peace officer with the Legislative Protective Service) who, in the opinion of the SIU Director, is involved in the incident under investigation but is not a subject official in relation to the incident.


The incident occurred on Victoria Street East, Omemee, within the confines of the backyard of a residence.


Four spent ARWEN cartridges and four projectiles were collected at the scene. 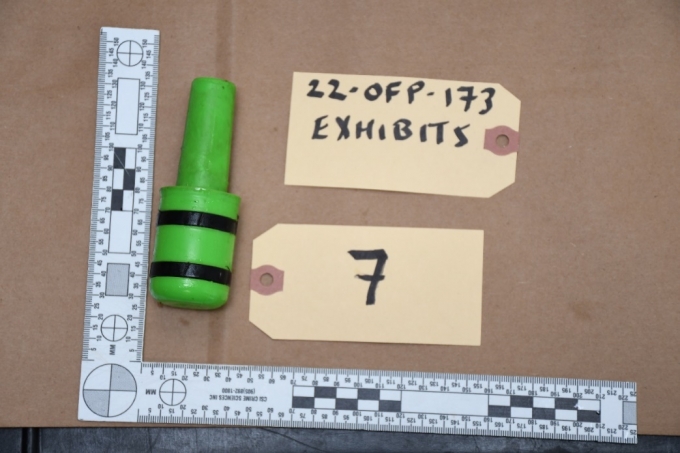 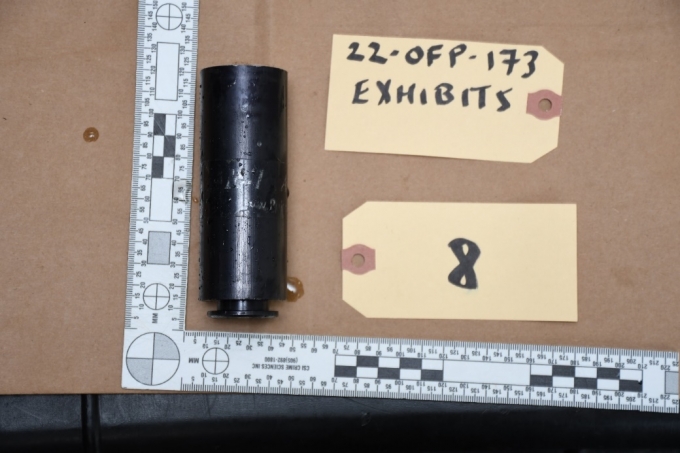 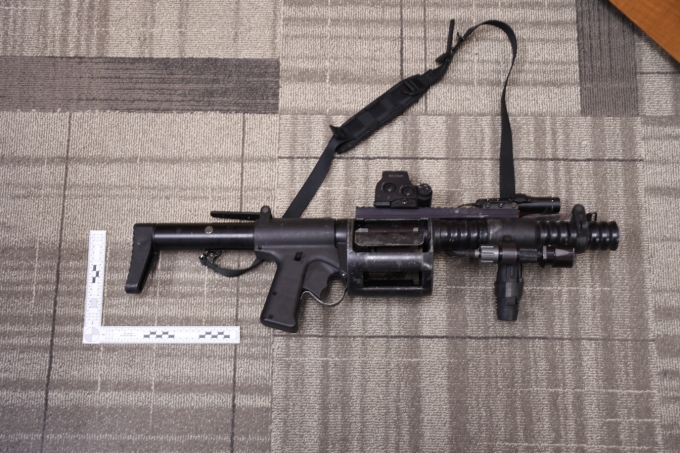 
The 911 call commenced at 12:47:38 a.m. The caller reported a ‘break and enter’, the sound of items being smashed, and a stabbing. Three men had carried items from an address on James Street, and walked towards a nearby church.


Members of the OPP uniform patrol arrived on scene at 1:17:14 a.m., followed by six members of the Emergency Response Team (ERT). A machete and an air pistol were located by uniformed police officers near the church grounds, located at 21 Sturgeon Street North.

A description was provided of one of the men involved in the break and enter, the Complainant. A second man was identified by name, and a third man was also mentioned.

The SO was identified as a police officer that deployed an ARWEN, firing four projectiles, three of which were confirmed to have struck the Complainant in the backyard of a residence on Victoria Street. The Complainant did not receive any injuries and did not require any medical attention.

The material events in question are clear on the evidence collected by the SIU, including interviews with the Complainant and the SO, and may briefly be summarized.

In the early morning hours of July 5, 2022, OPP officers were dispatched to a residence on James Street North, Omemee, following a call to police about a stabbing and break and enter at the address. Three men had left the apartment with property and were seen travelling north towards a church. Officers arriving on scene had located a machete and an air gun on the grounds of the church, located at 21 Sturgeon Street North.

As the call involved a violent offence and the use of weapons, members of the OPP ERT were also dispatched, including the SO. These officers arrived on scene after 2:00 a.m. and started to search the area for the suspects. In so doing, additional weapons were located.

At the sight of the officers, the Complainant fled seeking to escape police apprehension. He ran towards the rear of the property and around the back of the house looking to make his way back onto the roadway as an officer – the SO – gave chase. On or around a part of the fence demarcating the front driveway from the rear yard, the Complainant was struck twice by ARWEN rounds.

The SO was armed with an ARWEN at the ready and had fired it three times at the Complainant as he fled in the backyard. Two of the shots hit the Complainant – one in the back, the other in a thigh. The third discharge missed. Shortly after this volley of shots, the Complainant turned to face the officer, advanced a short distance, and was shot in the abdomen by another ARWEN round fired by the SO.

Following the fourth ARWEN discharge, the Complainant told the officer that he was “done”, after which he was taken into custody without further incident. He had not suffered any serious injuries.

is, if he acts on reasonable grounds, justified in doing what he is required or authorized to do and in using as much force as is necessary for that purpose.

The Complainant was the subject of multiple ARWEN discharges by an OPP officer on July 5, 2022. The officer – the SO – was identified as the subject official in the ensuing SIU investigation. The investigation is now concluded. On my assessment of the evidence, there are no reasonable grounds to believe that the SO committed a criminal offence in connection with the use of his ARWEN against the Complainant.

Pursuant to section 25(1) of the Criminal Code, police officers are immune from criminal liability for force used in the course of their duties provided such force was reasonably necessary in the execution of an act that they were required or authorized to do by law.

The SO was in the execution of his lawful duties when he chased after the Complainant to take him into custody. The Complainant had been found in the company of one or two other males (loosely fitting the description of the three suspects) close to the scene of the crime and the location where weapons had been found, and had run from police – a constellation of circumstances giving rise to a reasonable suspicion that he was implicated in the events at the residence on James Street North and, therefore, subject to investigative detention: R v Mann, [2004] 3 SCR 59.

In the result, as I am unable to reasonably conclude that the SO comported himself other than lawfully in his dealings with the Complainant, there is no basis for proceeding with criminal charges in this case. The file is closed.