On September 21, 2021 at 1:55 p.m., the Ontario Provincial Police (OPP) contacted the Special Investigations Unit (SIU) and reported the following.

On September 21, 2021 at 9:20 a.m., a marked OPP cruiser travelled northbound on 15th Sideroad, approaching 7th Line, in New Tecumseth, Ontario. A civilian vehicle was eastbound on 7th Line. The civilian vehicle reportedly failed to stop for a stop sign and struck the OPP cruiser.

Two occupants in the civilian vehicle were transported to the Stevenson Memorial Hospital (SMH) in Alliston.

The OPP had begun processing the scene.

Approximately four hours later, the hospital determined that the driver of the civilian vehicle had suffered some fractures to his ribs and sternum.

As the OPP had almost completed their investigation, they were advised by the SIU to finish so the intersection could be opened for rush hour traffic.

The complainants were interviewed on September 21, 2021.


[Note : An affected person (complainant) is an individual who was involved in some form of interaction with an official or officials, during the course of which the individual sustained serious injury, died, was reported to have been sexually assaulted, or was shot at by a firearm discharged by an official.]

The civilian witness was interviewed on September 23, 2021.


SO Interviewed, but declined to submit notes, as is the subject official’s legal right.

The subject official was interviewed on November 10, 2021.


[Note : A subject official is an official (whether a police officer, a special constable of the Niagara Parks Commission or a peace officer with the Legislative Protective Service) whose conduct appears, in the opinion of the SIU Director, to have been a cause of the incident under investigation.


WO Not interviewed, but notes received and reviewed


[Note : A witness official is an official (whether a police officer, a special constable of the Niagara Parks Commission or a peace officer with the Legislative Protective Service) who, in the opinion of the SIU Director, is involved in the incident under investigation but is not a subject official in relation to the incident.

There was a total of two motor vehicles involved, directly contained within the cordoned-off scene. The vehicles were as follows:


This vehicle was orientated northwest partially in the ditch at the northwest corner of the intersection. There was considerable collision damage to the front end. The collision airbags had been deployed. 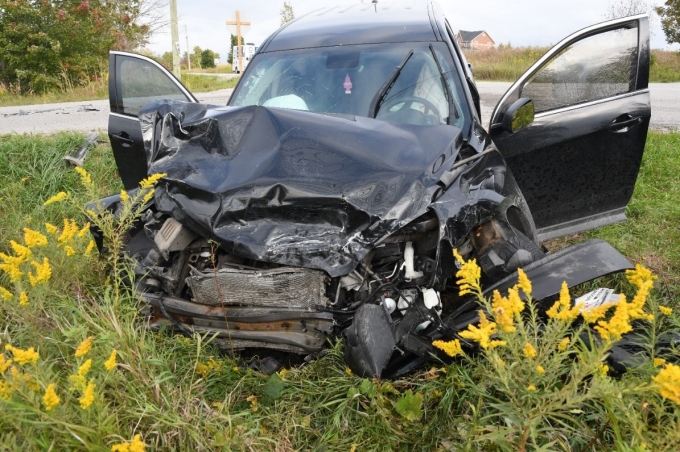 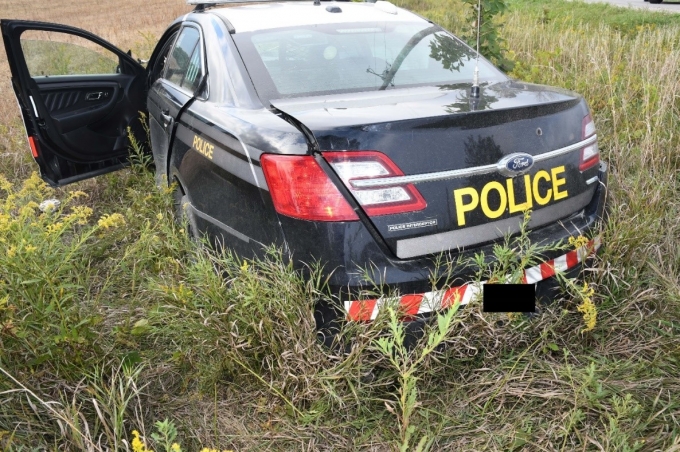 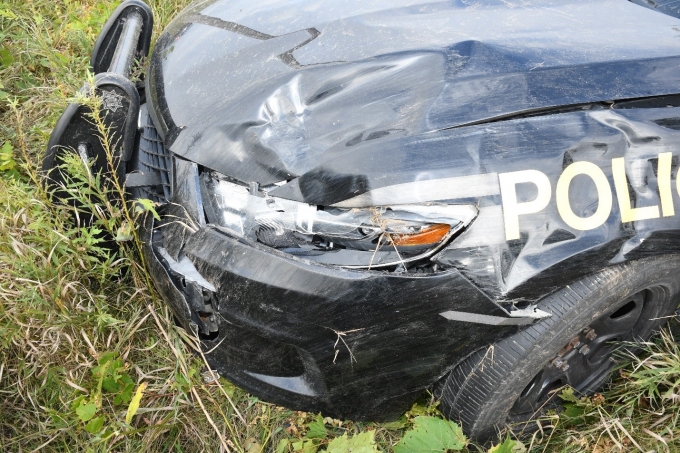 Figure 3 - Damage to the front of the police vehicle. 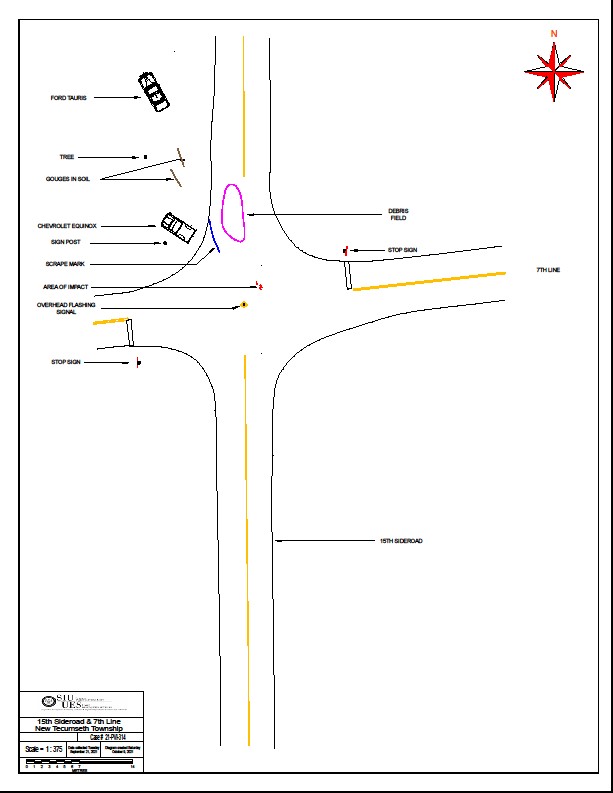 Analysis of Chevrolet Equinox
For approximately five seconds preceding the collision, Complainant #1 travelled consistently at about 68 to 70 km/h. He entered the intersection having not applied the brakes.

The evidence reviewed was consistent with the SO having been driving properly with the right of way over Complainant #1.


The SIU searched for and obtained audio records of relevance, as set out below.

Provincial Communications Centre (PCC)
The recording commenced at 9:19:36 a.m. with a duration of 8 minutes and 22 seconds.

The SO contacted the PCC and advised that he had been involved in a collision at Sideroad 15 and 7th Line. He advised that a vehicle had driven into the side of his vehicle. The SO requested Emergency Medical Services (EMS) for the other vehicle.


The SIU obtained and reviewed the following records from the OPP Nottawasaga Detachment (Alliston):


Materials Obtained from Other Sources

The material events in question are clear on the evidence collected by the SIU, and may be briefly summarized.
In the morning of September 21, 2021, the SO was on patrol in a marked OPP cruiser travelling north on 15th Sideroad in New Tecumseth. He entered the intersection of 7th Line with the right-of-way between 70 to 80 km/h, and was struck by a Chevrolet Equinox travelling west through the intersection.
Complainant #1 was driving the Chevrolet. His son – Complainant #2 – was a passenger. The vehicle had entered the intersection travelling at about 70 km/h without stopping or slowing for a stop sign.
The impact sent both vehicles off the road towards the northwest corner of the intersection.
Following the collision, the SO went to check on the well-being of the complainants and made arrangements to have EMS contacted.
Complainant #1 was diagnosed at hospital with a fractured sternum and back, and broken ribs. Complainant #2 had also fractured his back.

Complainant #1 and Complainant #2 were seriously injured in a motor vehicle collision on September 21, 2021. As the other vehicle involved in the collision was an OPP cruiser, the SIU was notified and initiated an investigation. The driver of the OPP vehicle – the SO – was identified as the subject official. On my assessment of the evidence, there are no reasonable grounds to believe that the SO committed a criminal offence in connection with the collision.

The offence that arises for consideration is dangerous driving causing bodily harm contrary to section 320.13(2) of the Criminal Code. The offence is premised, in part, on conduct that amounts to a marked departure from the level of care that a reasonable person would have exercised in the circumstances. In the instant case, the question is whether there was any want of care in the manner in which the SO operated his cruiser that caused or contributed to the collision and was sufficiently egregious to attract criminal sanction. There was not.

It is apparent on the evidence that Complainant #1 caused the collision. For whatever reason, Complainant #1 did not stop or slow down as he approached the stop sign for westbound traffic at 15th Sideroad. On the other hand, the SO was not faced with a stop sign as he approached 7th Line travelling north on Sideroad 15, and had the right-of-way. Speed does not appear to have been a factor in the collision as both motorists were travelling at about the speed limit in clear conditions.

On the aforementioned-record, there is no evidence to indicate that the SO transgressed the limits of care prescribed by the criminal law. Accordingly, there is no basis for proceeding with criminal charges against the officer, and the file is closed.